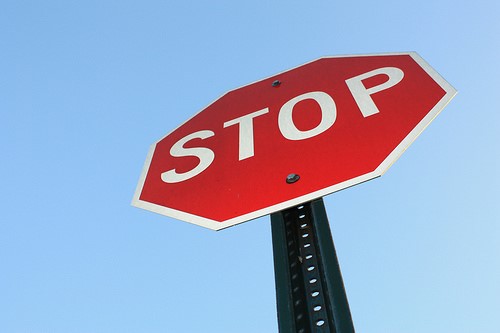 Do you often find that you hit your bandwidth limit much quicker than expected? Whilst basic surfing i.e. visiting websites, sending and receiving emails (without attachments) does not normally involve transferring large amounts of data, some activities do and it is those that could well be eating away at your usage limit.

Examples of data heavy activities include:

If you (or your users) carry out these activities on a regular basis and you have a low usage limit, it’s likely that you will exceed this every month. The solution is either to cut down on your internet usage or pay a little extra each month to raise your usage limit or to get a better line.

Want to stop going over your broadband limit? Look out for killer applications that could be eating it up!

Killer applications to look out for

It’s also worth considering the types of applications you use. Some applications are known to be internet usage killers. One example is Dropbox, a powerful tool for synchronising files between devices and creating online back-ups. The problem is that Dropbox has a tendency to take over your bandwidth and slow down your internet experience. This can be especially true if you already have a slow internet connection.

There are a number of things you can do to prevent this, such as controlling how much bandwidth the application can use when downloading a file. You can also use the LAN sync feature, which lets you synchronise between multiple devices over your own network, instead of consuming large amounts of bandwidth from your Internet Service Provider. Instead of downloading the files again, Dropbox will simply sync your devices on the same network to fetch and retrieve them.

It’s not just personal users that have to keep on top of their internet usage but businesses too, and with so many staff to monitor it can often be difficult to identify who’s doing what and when. The good news is that there are tools that can help, some of these being GFI WebMonitor and Grant McGregor’s Managed Web Protection Services.

One of the easiest ways to monitor and control your internet usage is to invest in software like GFI WebMonitor. This software comes with WebInsights, a feature that intelligently monitors web activity. By using WebInsights, IT admins can access unique insights about their company’s web activity and the tools they need to control network abuse and other abnormalities.

WebInsights works by collecting historical data of your business’s web activity and then creates a baseline in which it compares current data to. The tool collects three main categories of information; bandwidth consumption, security concerns and productivity loss areas. It then presents the IT admin with a set of analytics and reports which they can used to gain a complete picture of their company’s internet usage.

In addition to finding out how much bandwidth is being used and when, IT admins also have access to information such as who is using the bandwidth and the websites they are using. They can then use this information to either enforce new quotas on specific users or restrict their access. This can also be particularly useful for identifying machines containing malware. By pinpointing the infected machine, IT departments can save precious time and eliminate threats immediately.

Businesses have the right to monitor employees’ email and internet use in the workplace, providing they can justify doing so. However, it is important that employers make employees aware that they’re being monitored and provide an explanation why. They should also have strict policies on how work computers should and should not be used. Only if an employer suspects an employee is breaking the law, can they monitor their usage without informing them; with the justification being that if the employee knew they were being monitored it would be difficult to detect the crime.

For more information about internet usage and monitoring in general or GFI WebMonitor in detail, get in touch with Grant McGregor today.